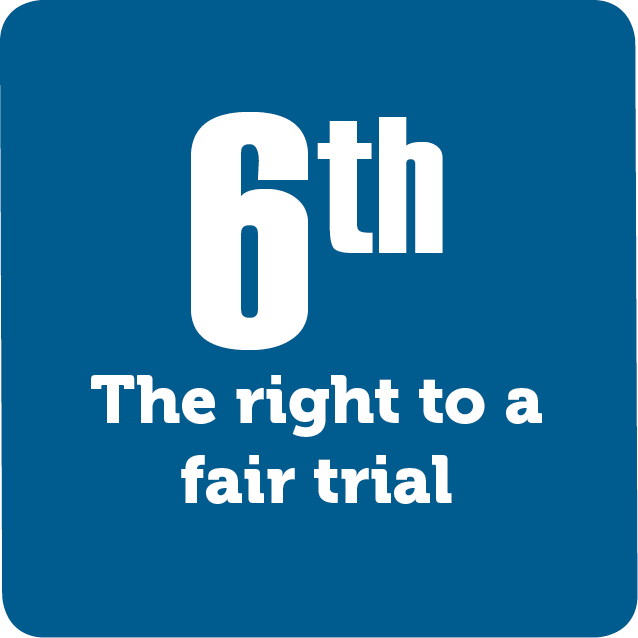 The Sixth Amendment explains the rights of the accused in a criminal trial.  It outlines the requirement that a trial be both speedy and public. It also demands that the accused has access to an attorney and witnesses.  Like all amendments in the Bill of Rights, the Sixth Amendment acts as a layer of protection against the government.

The text of this amendment reads, “In all criminal prosecutions, the accused shall enjoy the right to a speedy and public trial, by an impartial jury of the State and district wherein the crime shall have been committed, which district shall have been previously ascertained by law, and to be informed of the nature and cause of the accusation; to be confronted with the witnesses against him; to have compulsory process for obtaining witnesses in his favor, and to have the Assistance of Counsel for his defence.”

Check out this amendment in the IQ section.